The Ten Most Frequent Diagnoses for Inpatient Stays

DOWNLOAD THE PDF
INTERACTIVE FEATURES: When viewing this article on an electronic device, note that web addresses are live links. Just click the link to visit that web page.

Click for instructions for moving the PDF into Kindle, Nook, Apple iBooks, and Apple Library.

Figure 1 (below) displays the aggregate cost of non-maternal, non-neonatal inpatient stays for the 10 most frequent principal diagnoses in 2018, as indicated by the size of each circle. The mean cost per stay and total number of stays are shown on the y-axis and x-axis, respectively. Estimates of costs and number of stays are also reported in Table 1.

Table 1 presents the 20 most frequent principal diagnoses among non-maternal, non-neonatal inpatient stays in 2018. Total number of stays, aggregate cost, and mean cost per stay are provided for each diagnosis. 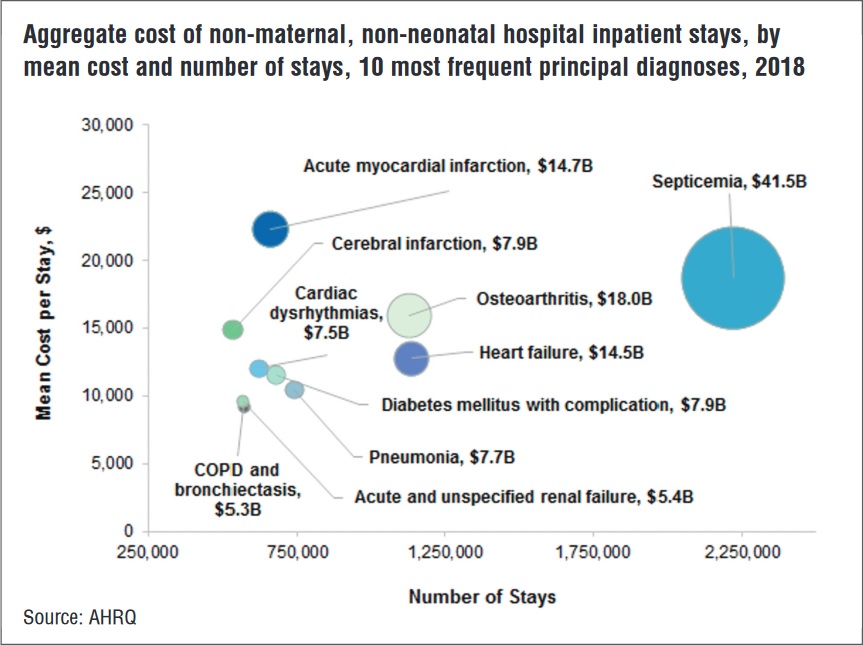 The most frequent principal diagnoses for hospitalizations in the United States in 2018 were septicemia, heart failure, osteoarthritis, pneumonia (except that caused by tuberculosis), and diabetes mellitus with complication.

Of the 10 most common principal diagnoses in 2018, septicemia was both the most frequent (2,218,800 stays) and the costliest ($41.5 billion in aggregate). Septicemia ranked as the first or second most common diagnosis among adults, both male and female.

For each of the five most common principal diagnoses, the rate of stays per 100,000 population was highest in rural areas. For four of the five top diagnoses, mean length of stay and mean cost per stay were highest in large central metropolitan areas and generally decreased with rurality.

Among geographic regions of the United States, the West had the lowest rate of stays for three of the top five diagnoses: heart failure, pneumonia, and diabetes mellitus with complication. 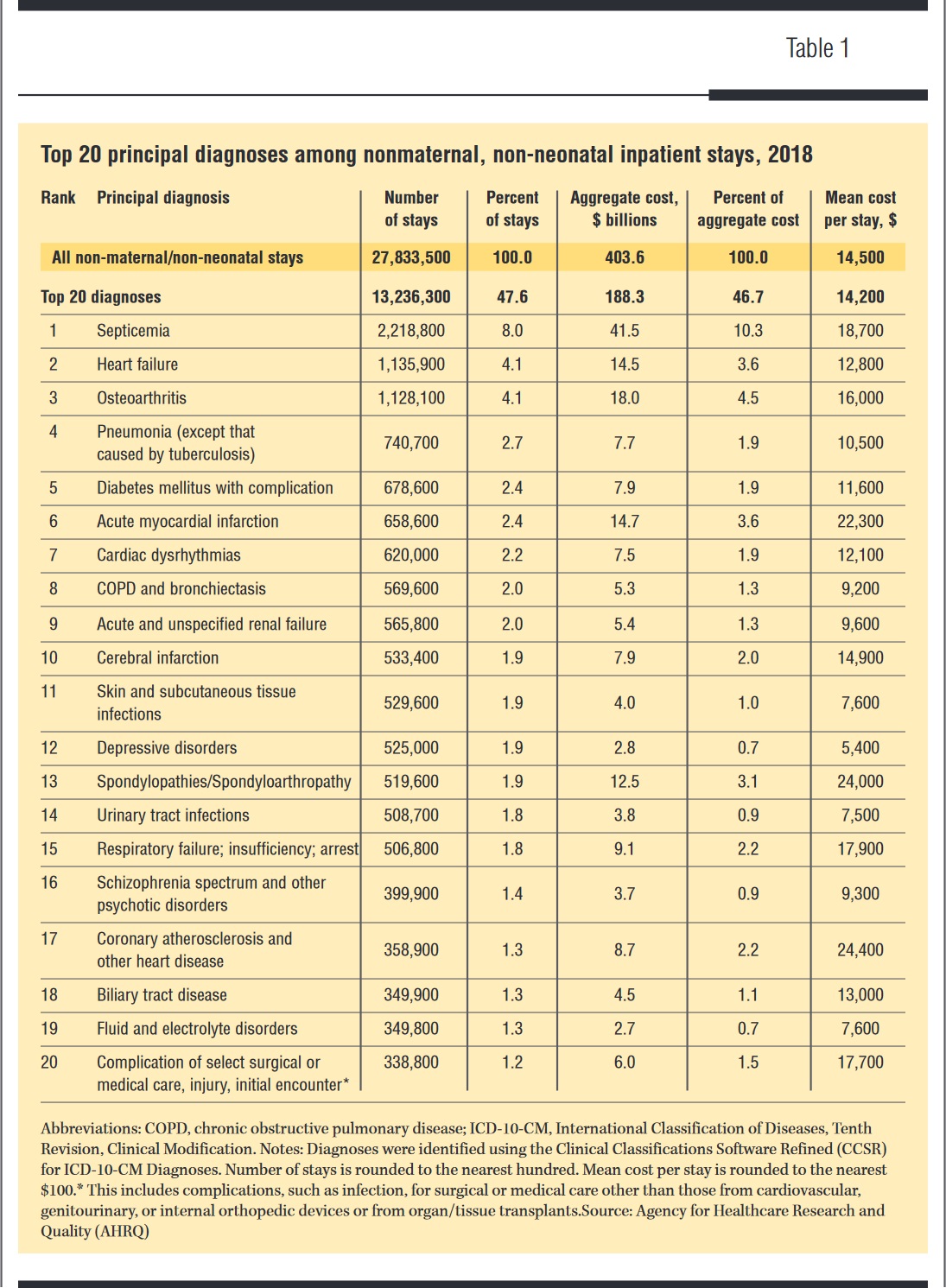